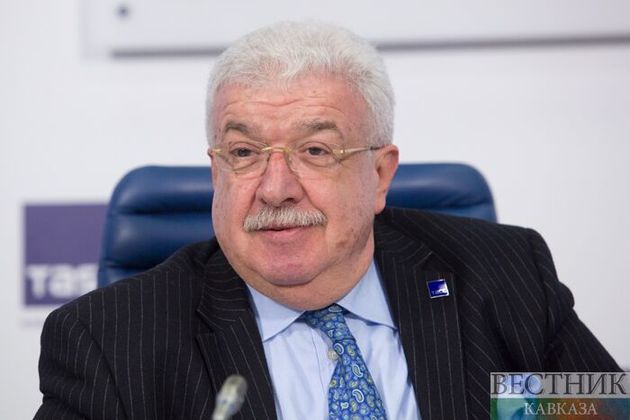 Baku hosts a presentation of the books of the First Deputy General Director of TASS News Agency Mikhail Gusman, "Formula of Power" and "Formula of Life", a correspondent of Vestnik Kavkaza reports.

The event takes place at the Baku Book Center in the framework of the Russian-Azerbaijani conference "Moscow-Baku: a dialogue of cultures", which started yesterday.

Gusman noted that most of what is stated in the books is not the stories of the author himself, but the stories of his parents. “I was always delighted and excited by the phenomenon called Baku. Why did Vladimir Mayakovsky almost every month come here with his poems? Why did Sergey Yesenin spend here many days? He wrote here ‘Persian motives’. The first literary mystery: everyone knows the poem “Shagane, my Shagane,” and most people are sure that this is some girl’s name. But this is not so. This is the name of the village of Shagan, where Polad Bulbul oglu currently lives. Some even assumed that this was the name of writer Marietta Shaginyan, but it’s definitely not Marietta Shaginyan," Gusman said.

Mikhail Gusman shared that he would like to tell as many people as possible about Baku. “I wanted people to learn about this great city, about that time, about those moods, about those feelings, about the sensations that have been saved in this city to this day. Yes, a lot has changed, some colors from this palette are gone. But this is a great picture of the city, which even today splashes with bright colors. It is no coincidence that great artists were born and lived in our city,” he concluded.