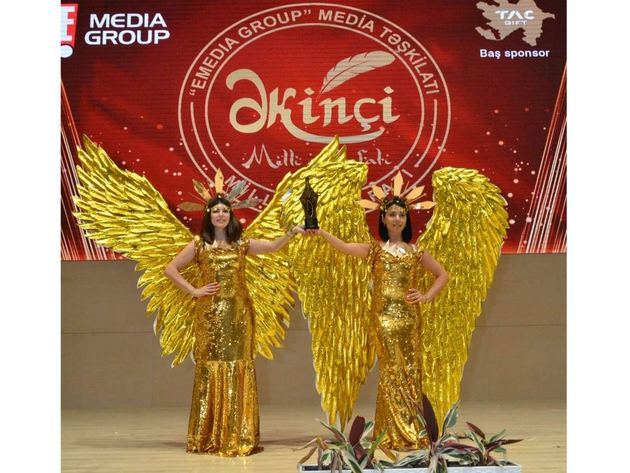 It is noted that this event was dedicated to the 147th anniversary of the national press. At the ceremony, the anthem of Azerbaijan was played, and then a minute of silence was held in memory of the martyrs who gave their lives for the country's freedom and independence.

A theatrical play was also performed in honor of the National Press Day. This holiday is annually celebrated in Azerbaijan on July 22, on the day of the release of the first printed edition of the newspaper "Ekinchi" (Əkinçi, Plowman) in the Azerbaijani language by the outstanding educator Hasan-bek Zardabi in 1875.

At the event, the press secretaries of state and public structures, representatives of TV channels and other media were awarded the national prize "Əkinçi". The concert was performed for the guests.

Golden Bear goes to Iranian film 'There Is No Evil'

Phoenix and Zellweger among winners at SAG Awards