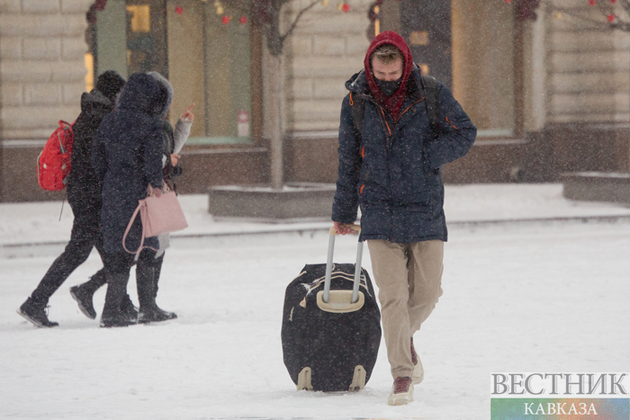 Nearly 88% of Russians note that they would not like to move abroad for permanent residence, according to the All-Russian Public Opinion Research Center (VTsIOM) published on Monday.

"The majority of Russians do not want to go abroad for permanent residence (88%). Every tenth (10%) would rather leave [the country]," the survey shows. "At the same time, the share of those who are willing to emigrate from Russia has decreased since 2021: there were 16% of such respondents a year earlier.

Furthermore, 87% of those polled stressed that there is nobody among their close circle who are planning to go abroad for permanent residence in the near future. Only 12% Russians have friends or relatives who intend to do so.

Twenty-nine percent of Russians viewed bettering their financial situation as the main reason for emigration. A quarter of respondents also cited the search for an easy life as a motive. "Those who express their desire to emigrate more often pointed to the future of children as the purpose of their emigration (47%), improving their financial situation (29%), the desire to have more political freedom (27%) and a better social safety net (26%). Unlike all Russians, only 7% of potential emigrants think that living abroad will be easier," the poll disclosed.

Approximately 45% of Russians stick to the opinion that those who left the country are likely to return after a while. Among those who are thinking about emigration, this opinion was expressed by 23%. A third of citizens assume that those who left are unlikely to come back, while another 22% found it difficult to respond.