FIG to announce dates of its congress at next meeting 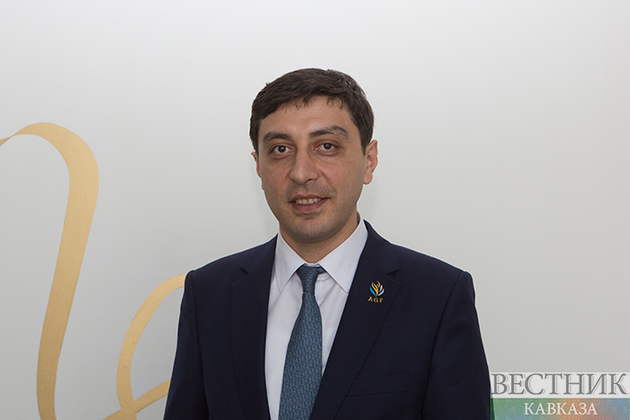 "We confirmed the new dates of the Aerobic Gymnastics World Championships (Baku, AZE) and approved modifications to the current General and Specific Judges’ Rules due to the postponement of the Tokyo 2020 Olympic Games," Trend cited him as saying.

He noted that the main topic of the meeting was the dates of the FIG Congress again.

"As far as the elections are concerned, the EC members are very careful in making the decision in this sensitive matter. The EC decided to give the affiliated Federations an opportunity to inform of the dates they prefer. Based on this consultation, the EC’s final decision is expected to follow at its next meeting. This is the right approach as we need everyone’s input in decision making in order to be more accurate in fixing new dates of events," Gayibov said.

Gayibov noted that many international and European gymnastics events were already postponed and fixed in 2021.

He said the FIG, its EC and staff are doing their best to deliver decisions convenient and efficient for all the stakeholders concerned.

"The cooperation and good coordination are the main objectives of the FIG, its continental Unions which mainly make their plans after the major decisions followed by the highest governing body in gymnastics," Gayibov said.

Bruno Grandi: AGF is a wonderful federation, and it's not a compliment, but a reality