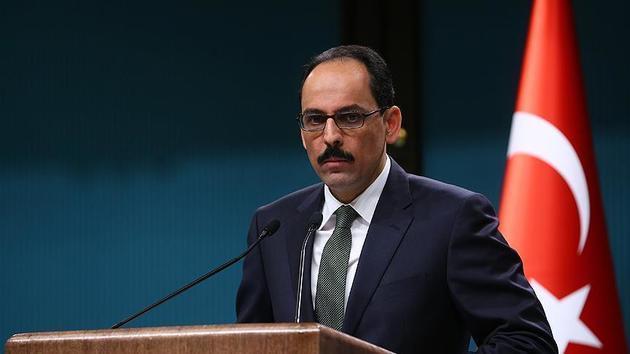 Turkey has made clear to Sweden and Finland during a meeting in the capital Ankara that their NATO bid cannot progress unless Ankara's security concerns are met through concrete steps and a certain timeframe, presidential spokesman Ibrahim Kalin said.

"We stated that if Turkey's security concerns are not met with concrete steps, the process will not progress. The delegations received our message. They will discuss our demands with their leaders and they will respond to us," he said.

The security concerns of the NATO members should be addressed in a "just manner," Kalin stressed.

"Therefore, the most fundamental issue of this alliance is to meet the security concerns of its members equally and justly. Turkey has made very serious contributions to this alliance. Turkey's security concerns are related to the presence of terrorist organizations, especially in European countries," he said.

"Our expectations are that concrete steps should be taken towards the organizational and financial propaganda of the terrorist organizations there," he noted.