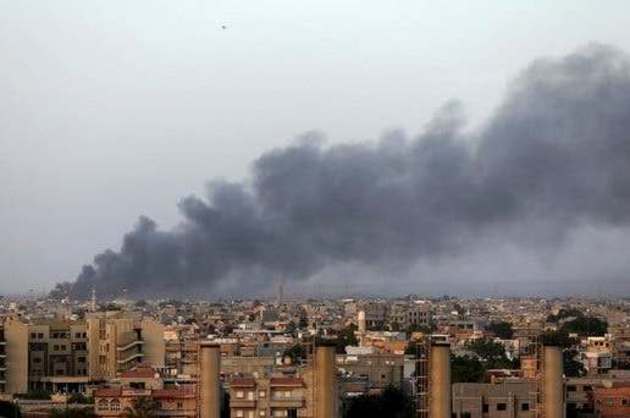 Deputy head of the Council of the Russian Diplomats Association Andrei Baklanov, speaking with the correspondent of Vestnik Kavkaza, told about possible developments in Libya after signing a ceasefire deal and introducing a ceasefire.

"There may be a number of scenarios in Libya. These are a split of the country, a settlement and a situation with no peace nor war. Naturally, we would like to somehow help reunite the country's unity and come up with some kind of formula, apparently, a very complicated one, which would suit all parties, who used to make decisions on their own in recent years," he noted.

According to the diplomat, "achieving a ceasefire is an important event, but much will depend on the further actions." "Working out a compromise by the parties in the current conditions is extremely difficult. In addition, there is an external influence, unfortunately. Everybody speaks in favor of the country's unity, but in reality, different countries have certain preferences. And when recruiting the national authorities, I think these factors can play a negative role. Therefore, the situation is still extremely tense and difficult. But it’s good that some attempts to move in the right direction are being made. We will help this in every way," the deputy head of the Council of the Russian Diplomats Association explained.

He also spoke about Russia's role in the process of resolving the situation in Libya. "We are open to dialogue, but we do not impose our role on the Libyans. In previous years, we tried to maintain a dialogue in one form or another. We have a lot of experience in Middle East affairs in matters of settlement, therefore, if the parties consider it necessary to use our mediation efforts broadly, I think we will be ready to do it. But I think we will not take any deliberate steps. We will wait for clearer appeals," Andrei Baklanov concluded.

Leaders of two conflicting sides in Libya - Commander of the Libyan National Army (LNA) Khalifa Haftar and Prime Minister of the Government of National Accord (GNA) Fayez al-Sarraj - are expected to sign ceasefire deal in Moscow today. Libya's High Council of State said the signing of the agreement in Moscow would pave the way for the revival of the political process.

Why Libyan prime-minister decided to resign

Russian Foreign Ministry on likelihood of Sarraj-Haftar meeting in Berlin