Why Libyan prime-minister decided to resign 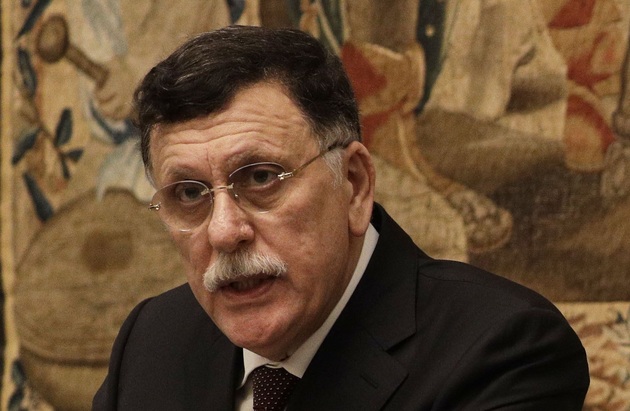 Libya’s Prime Minister Fayez al-Sarraj announced Wednesday that he intends to step down by the end of October and make way for a new government to unite the North African state divided by war and foreign military interventions, BNN Blomberg writes in the article Libya Prime Minister Plans to Resign by End of October. Sarraj, who leads the Tripoli-based government recognized by the United Nations, led the defense of the capital with Turkish military assistance against an offensive by eastern commander Khalifa Haftar, who’s backed by Egypt, Russian mercenaries and the United Arab Emirates. Both sides agreed to a truce in August that’s split the country between rival administrations and their foreign backers.

Sarraj’s intention to resign, first reported by Bloomberg Tuesday, came after the capital descended into political infighting between an uneasy alliance of politicians and militias that had united to stop Haftar’s offensive. He’s also faced a protest movement against corruption and poor services in the OPEC member state, which has been wracked by violence since a NATO-backed revolt ousted leader Muammar al-Qaddafi in 2011. Its oil fields have been closed on Haftar’s orders since January.

The rival Libyans plan to meet next month in Geneva to agree to a new presidential council and elections. Sarraj called on them to speed up their dialogue and appoint a new prime minister so he could hand over power by the end of October.

“I wish them luck. On this occasion, I announce to all my sincere desireto hand over my duties to the coming executive authority by no later than the end of October, given that the dialogue committee finishes it work and chooses a new presidential council,” he said in a pre-recorded televised speech.

Sarraj had initially planned to announce his resignation this week while staying on in a caretaker capacity until the Geneva talks, officials told Bloomberg. His announcement spells the end of his five-year leadership over an unruly government that seldom managed to control more than disparate parts of the country.

“This opens up the Government of National Accord internally for rivalries as to who will take over and who will represent western Libya” in the Geneva talks, said Emad Badi, a Libya expert and senior fellow with the Atlantic Council. “He was always kind of a lame duck, this just cements it. Now he’s set a timeline for being replaced.”

His resignation would be welcomed by Haftar and his regional backers. Turkey, however, has seen him as a partner who delivered on a granting them access to gas rich parts of the Mediterranean.

In western Libya, Sarraj has been accused by rivals of protecting unruly militias that have infiltrated security services. His supporters say that the militias need to be tackled patiently to avoid bloodshed.

Egypt gets green light for military intervention in Libya

Russian Foreign Ministry on likelihood of Sarraj-Haftar meeting in Berlin