Matvey Katkov on Vesti.FM: the USSR collapse provoked interest in the Polish-Soviet War 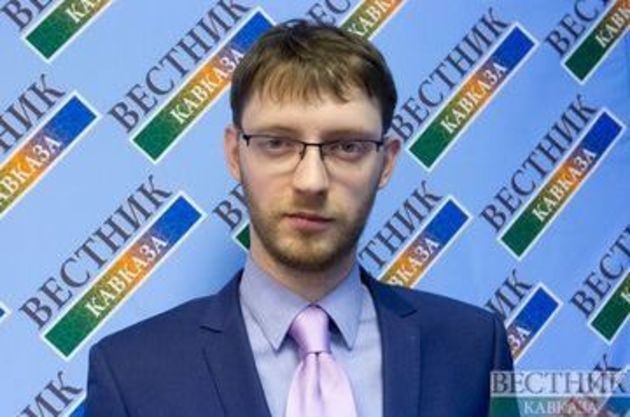 An objective study of the Soviet-Polish war of 1919-1921 is hindered by the fact that the attitude towards it in both countries began to change already during the conflict,  the analyst of Vestnik Kavkaza news agency Matvey Katkov said today in the National Question program on Vesti FM.

“For the Soviet side, the war was initially perceived as a defense of the revolutionary movement, and Poland as one of the key young states created by the Versailles-Washington system of international relations with which the Bolsheviks fought. The Soviet authorities also tried to establish control over Ukraine and Belarus. However, gradually for Soviet Russia, the conflict turned into a struggle for the support of the Polish, and in general, European Communist Parties,” the historian said.

He also recalled that in domestic historiography this conflict is often called the collapse of the world revolution idea. “However, this does not mean at all that the communist and socialist parties in Europe lost their positions. In many respects, the situation is exactly the opposite, the left parties came to power in many European countries in the 1920s. Here we can recall the victory of the Cartel of the Left in France, the government of Joseph Wirth in Germany, and so on,” the expert concluded.

At the same time, he drew attention to the fact that in Poland the attitude to this war was also changing. According to the statements of Polish leader Jozef Pilsudski, Warsaw’s goal in this conflict was to restore the Polish state within the borders of the Commonwealth. “Warsaw initially planned to establish Polish control over Lithuania, Ukraine and Belarus. Pilsudski wrote:“ Russia could easily become a second-rate power, unable to seriously threaten Poland’s newfound independence. Poland, as the largest and most powerful of the new states, could easily secure influence that would extend from Finland to the Caucasus Mountains.” At the same time, Warsaw did not deny the anti-Soviet nature of this war. American historian of Polish descent Richard Pipes later wrote that for Pilsudski, among other things, the war was against the socialist and communist opposition inside Poland, " the historian continued.

"Thus, to summarize, in Poland, there are two opinions on this conflict: it was the war for the interests of the Polish state, an attempt to recreate Poland within the borders of the Commonwealth; and the anti-Bolshevik war, the integral part of the struggle against the spread of the revolution as a whole. This conflict entered into Polish historiography precisely under the title “Polish-Bolshevik war.” In general, both concepts are present in modern Polish historiography. However, there is almost no perception of the Ukrainian People’s and Byelorussian People’s Republics as sovereign subjects of international law. Most often we are talking about a “political vacuum” that arose in these territories after the German occupation forces left. Partially, this attitude to the problem is due to the fact that all the attention of Polish researchers is focused on the 1943 Volyn tragedy, which is a painful topic in the relations between Warsaw and Kyiv,” the expert explained.

“Later, interest in this topic was heated under the influence of the current political situation. After the end of World War II, it was preferred to remain silent about this conflict as a whole, and after the collapse of the Warsaw Treaty Organization, interest in it increased again in Poland,” Matvey Katkov concluded.

Matvey Katkov on Vesti.FM: the concept of ‘state-forming people’ targets integration of the Russian nation