Movement banned on several Georgian roads due to bad weather 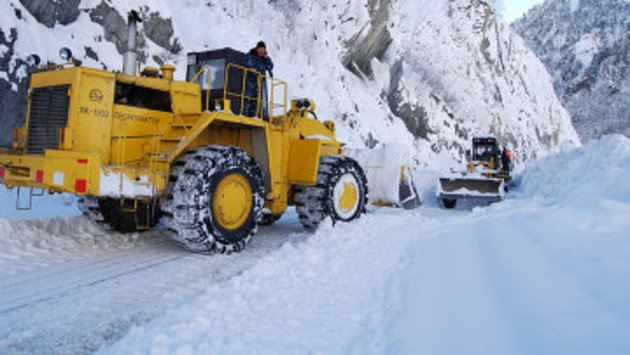 Movement has been banned on the Gudauri-Kobi section of the Mtskheta-Stepantsminda-Larsi road due to strong wind and limited visibility, according to Georgia's Roads Department.

The department said that vehicles can move along other sections of Mtskheta-Stepantsminda-Larsi road. Movement has also been banned on the Kala-Lasdili (km171-km198) section of the Zugdidi-Jvari-Mestia-Lasdili road due to heavy snowfall and an avalanche hazard.

Due to the intense snowfall, movement for trailers, semi-trailers and buses with more than 30 seats has also been banned on the Jvari-Kala (km30-km171) section of the road, while other transport can move along on the section with anti-slip chains, Agenda.ge reported.

Movement has been banned for trailers and semi-trailers on the Nakerala pass section (km36-km62) of the Kutaisi-Tkibuli-Ambrolauri road.

According to the Roads Department of Georgia, vehicles can move along other sections of the Kutaisi-Tkibuli-Ambrolauri road.

Road from Imereti to Racha inaccessible for trucks again