Naryshkin speaks on the possibility of the Taliban's recognition by Russia 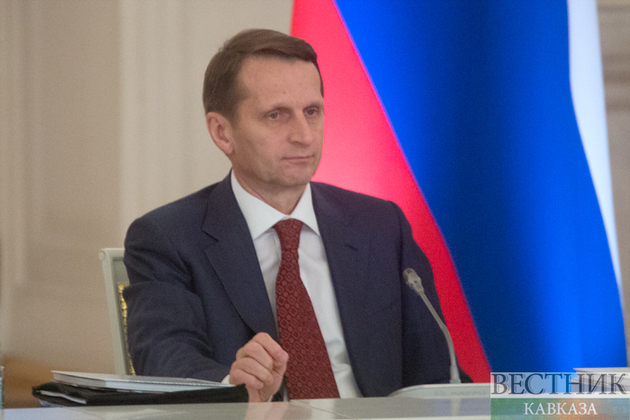 The head of the Foreign Intelligence Service, Sergey Naryshkin, said that so far Russia has been taking an observational position in relation to the Taliban movement (banned in the Russian Federation) that has come to power in Afghanistan again.

The Taliban (the Taliban movement is banned in the Russian Federation) will have to prove their positive transformation by deeds, Naryshkin said.

"Afghanistan's neighbours - Russia, China, Iran, Turkey are taking an observant position. The Taliban will have to prove their positive transformation by deeds", the head of the Foreign Intelligence Service said in an interview with the Moskovsky Komsomolets newspaper.

Naryshkin noted that the Taliban do not hide the fact that they intend to build an Islamic state based on Sharia, but declare that "they will apply somewhat more civilized, tolerant approaches to non-believers, adherents of a secular lifestyle", and will not support radical and terrorist groups.

Naryshkin: Russia has no belligerent designs against Ukraine

Naryshkin: New START may have same plight as INF Treaty