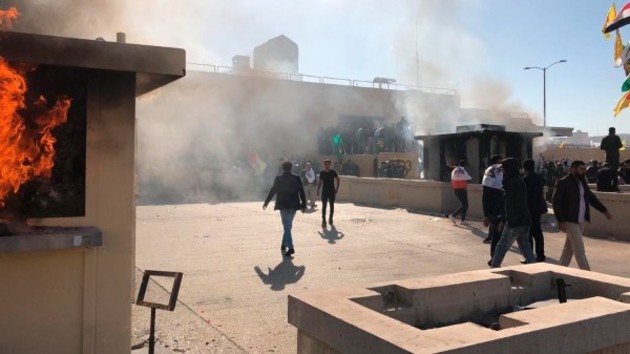 Iraqi security forces have regained control of the area around the U.S. Embassy in Baghdad after the compound was rocked by a second day of mass protests.

Yesterday, security personnel fired tear gas and rubber bullets at hundreds of protesters. But by Wednesday evening, the protesters had cleared away from the embassy compound's entrance, CNN reported.

"We have issued the order for everyone to withdraw, because America should have received our message," a spokesman for the main protest group, Kataib Hezbollah, which had been targeted by the U.S. airstrikes, said.

The protests broke out after the U.S. carried out airstrikes on five facilities in Iraq and Syria.

In the wake of Tuesday's attack on the U.S. Embassy, Defense Secretary Mark Esper said the U.S. would send approximately 750 soldiers to the Middle East.