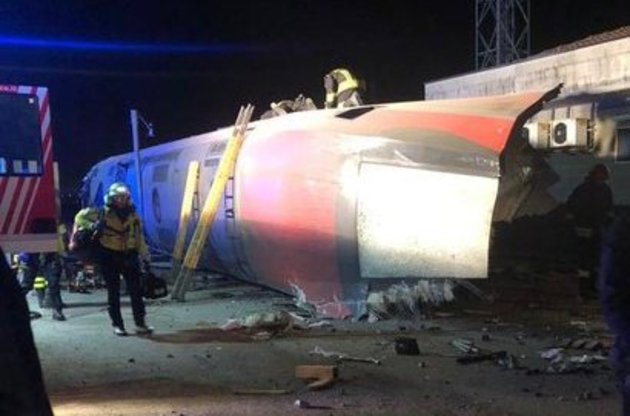 A high-speed train derailed near the northern Italian city of Lodi this morning, interrupting traffic on the line between Milan and Bologna, police said.

At least two carriages overturned at around 5.35am this morning as the train travelled from Milan to Rome, according to the Italian newspaper Corriere della Sera.

The train's driver and a railway worker have reportedly died in the crash. There were also 30 minor injuries among passengers.

Services on the Milan-Bologna line have been suspended in both directions.

Ever Given ship ‘partially refloated’ on full moon

Smoke forces Melania Trump's plane back to base