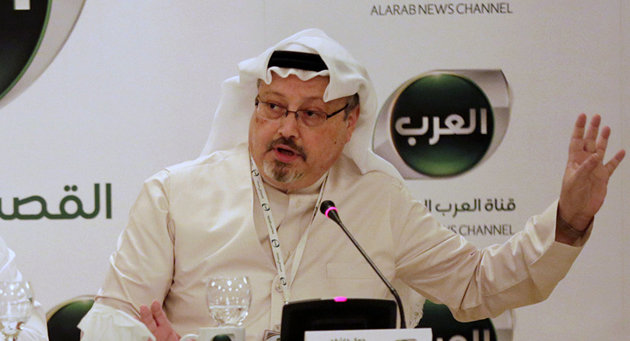 The White House defended its decision to not target Saudi Crown Prince Mohammed bin Salman after a U.S. intelligence report linked the royal to the 2018 murder of journalist Jamal Khashoggi.

"We believe there are more effective ways to make sure that this doesn’t happen again and also to leave room to work with the Saudis on areas where there is mutual agreement," CNN cited Psaki as saying.

"That is what diplomacy looks like. That is what a complicated global engagement looks like and we’ve made no secret and have been clear that we are going to hold them accountable on the global stage," Psaki said, adding that the administration took steps through the Treasury and State Department.

On Friday, Treasury slapped sanctions on the crown prince’s security detail, known as the Rapid Intervention Force. It also sanctioned the former deputy head of the kingdom’s intelligence service, Ahmad Hassan Mohammed al-Asiri, who is accused of being a ringleader in the plot.

Meanwhile, the State Department imposed visa restrictions on 76 Saudi individuals "believed to have been engaged in threatening dissidents overseas, including but not limited to the Khashoggi killing."

Khashoggi, a 59-year-old U.S. resident and a widely known critic of the Saudi royal family, went to the Saudi Consulate in Istanbul on Oct. 2, 2018. He never emerged following the scheduled appointment. He was killed inside the Saudi government building and later dismembered. His remains were never recovered.