China tries to internationalise its currency 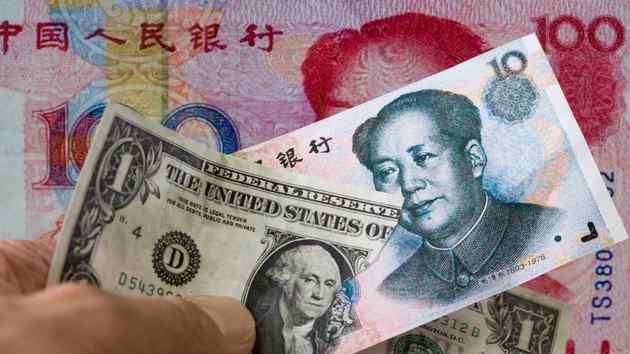 The emergence of China as an economic and financial powerhouse has been much quicker than often anticipated. Whether in terms of technological advances, industrial development, global trade or involvement in the capital markets, China's rise has been rapid and highly disruptive. There is, however, one glaring omission from this panoramic picture of strength: the internationalization of its currency, which has been far slower than earlier anticipated, Nikkei Asia writes.

China's expected rewriting of the world's financial system after the 2008 global financial crisis seemingly peaked in 2015 with the International Monetary Fund's conclusion that the yuan was comparable to the dollar, euro, yen and pound. But since then, although various measures have been implemented, such as improving foreign access to its onshore equity and debt markets, there has been a little evidence of a concerted effort to push for its broader global adoption.

This loss of momentum is very visible. According to the Society for Worldwide Interbank Financial Telecommunications (SWIFT), the global payment processing system, just 2.2% of total international payments and an even lower 1.3% of trade financing are denominated in yuan. Not only does this compare unfavorably with China's 12.4% share of 2020 global merchandise trade, but these proportions have not changed over the last five years. Nor has the yuan been widely adopted as a reserve currency: It accounted for just 2.1% of global allocated reserves at the end of 2020, far less than the dollar's 55.2%.

There is, however, mounting evidence that China is gearing up for a second push to encourage greater global yuan adoption. Much attention is focused on the international potential of the planned digital yuan, or e-CNY, especially as the platform will allow its overseas usage outside the existing U.S.-dominated financial architectures.

But China has also announced or proposed other substantive initiatives. These include proposals to make it easier for multinationals to trade foreign exchange and for retail investors to buy overseas securities, as well as the opening of its derivative markets to foreign investors and a shift to yuan-denominated commodity contracts.

The reasons for internalization are often framed in purely economic and financial terms. The frequent presumption is that China needs to improve yuan flows as it transitions from current account surpluses to a more balanced position or even persistent deficits.

Although huge sums of capital have flowed in and out of China, as you would expect with a leading emerging market creditor and holder of U.S. Treasuries, they do so within highly centralized and controlled frameworks. These reflect the country's inherent fear of foreign exchange volatility, as seen in the central bank's focus on maintaining a stable currency. But these controls do not just result in holdings in low returning overseas assets and a deficit in net investment income, they also deter yuan takeup beyond its borders. And this is an obstacle to China's geopolitical objectives, which are broadly twofold.

First, China's heightened tensions with the U.S. have driven an urgent need to eliminate its dependency on the dollar-denominated global financial system. China now recognizes that if it wants to be seen as a peer to the U.S., it cannot be reliant on its competitor's currency or financial systems. There is a slight irony here: China had previously accepted that the benefits of the dollar system outweighed the potential vulnerabilities and had learned to live within it. But the U.S.'s ability to exert extraterritorial jurisdiction as a result of the dollar's global hegemony -- and suggestions that China could be excluded from the SWIFT system -- have now made this continued dependency untenable given its longer-term aspirations to displace the U.S. from its current economic and financial global status.

Second, China knows that it cannot fully leverage its economic size to achieve its geopolitical and foreign policy objectives without broader yuan adoption. Its current attempts to weaponize its economic status are typically blunt, lack the sophistication of U.S. sanctions and frequently create negative unintended consequences. If China wants to replicate the U.S.'s abilities and extend its economic influence, it needs the yuan to be more widely adopted, especially across Asia. And if China wants the yuan to become Asia's anchor currency, then it needs to increase the trust it commands, both in terms of facilitating flows and as a store of value.

China faces a dilemma, then. It can push for broader yuan adoption to advance its influence and foreign policy objectives, especially within Asia, but this will necessitate less control over yuan flows and greater exchange rate volatility. In the same way, however, the rest of Asia also faces a trade-off. Shifting from the dollar to the yuan may actually be beneficial for much of the region, given the significant trade ties and comparable levels of economic development. But they will then increase their exposure to China's expanding reach and become more vulnerable to its broader political objectives and potential economic persuasion.

Ultimately, geopolitics will win out. China recognizes that its foreign policy objectives will be easier to advance if the yuan is widely adopted beyond its borders. This decision may have been accelerated by American actions but it was in many ways always inevitable given the inseparable nature of economics, finance and geopolitics.

China's rebooting of yuan internationalization will, however, begin to entrench two parallel financial systems. This will create substantial difficulties for many financial institutions, which will have to navigate this divergence. And it will also present a challenge for countries trying to maintain relationships with, and equivalence between, the two superpowers. Banks and governments alike will be caught between a rock and a hard place; both should start considering the painful choices they may have to make.

Will China pay in yuan for Saudi oil?