Early parliamentary elections are the best option for Pashinyan 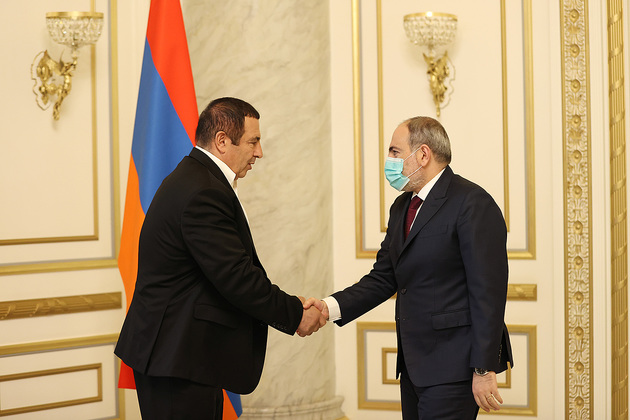 Nikol Pashinyan will retain his post as prime minister until early parliamentary elections on June 20. Calling the date of the plebiscite, Pashinyan expressed confidence that a nationwide vote would help overcome the internal political crisis. The prime minister came to this conclusion after a meeting with the leader of the second largest parliamentary party "Prosperous Armenia" (PAP) Gagik Tsarukyan.

Representatives of the non-systemic Armenian opposition expressed doubts about the need to hold early elections, hastening to refuse to participate in them. So it became clear once again that the influential oligarchy remains the main players.

Now Pashinyan's positions are shaken, and he can no longer postpone the early voting. The systemic opposition in the person of Tsarukyan's party and Edmond Marukyan's "Free Armenia" have never advocated holding early elections without the participation of the incumbent prime minister, limiting themselves only to calls for Pashinyan to resign, which he must do before the early elections, based on the current legislation. Marukyan even offered to sign a memorandum on the refusal to nominate an opposition candidate for the post of prime minister and on the dissolution of parliament if Pashinyan leaves his post voluntarily. One way or another, of all the evils, Pashinyan chose the lesser.

It should be noted here that the "March 1" criminal case, the main defendants of which are the ex-President of Armenia Robert Kocharian, is slowly falling apart. This could lead to a renaissance of the Karabakh clan, for which the post-war depression offers a chance to restore lost political positions. Sooner or later, elections should be held, but if Pashinyan hesitates, then the Karabakh separatists will have time for which they will have time to thoroughly prepare, mobilizing the remaining political resource. Now time is working against Pashinyan, and the threat of the restoration of the clan is dangerous for everyone, including the systemic opposition, which includes Tsarukyan and Marukyan. If the Karabakh separatists return to power, "retribution for the surrender of Karabakh" will affect both those who overthrew the separatists and those who supported them in the spring of 2018. This prospect forces Pashinyan to cooperate with Tsarukyan and Marukyan, with whom the current prime minister, by the way, formed the Yelk bloc in 2016.

On the other hand, Pashinyan is interested in clearing the streets of Yerevan from the activists of the Movement for the Salvation of the Motherland, whose members are mainly engaged in self-promotion. As in the case of the Karabakh clan, time is working against Pashinyan. The indefinite stay of street patriots at the walls of the National Assembly leads to the popularization of a little-known movement, while the rhetoric of the non-systemic opposition hardly differs from the ideas of the separatists; both there and there there are many former Armenian parliamentarians who want to return to big politics.

The violent dispersal of activists is unacceptable for Pashinyan, but holding elections, in which the "saviors" are willing to refuse to participate, if Pashinyan participates in them, is a good option to knock down the wave of street protest. If the outcome of the extraordinary vote, even with a minimal margin, turns out to be in Pashinyan's favor, the expediency of the existence of a pseudo-patriotic movement will itself disappear.

It is not known what exactly Tsarukyan and Pashinyan agreed upon between themselves during the meeting behind closed doors. It is possible that we could talk about a significant softening of control over Tsarukyan's charitable initiatives, which constitute the main political capital of his party. For this, the prime minister could ask Tsarukyan not to provide assistance to his most dangerous political opponents.