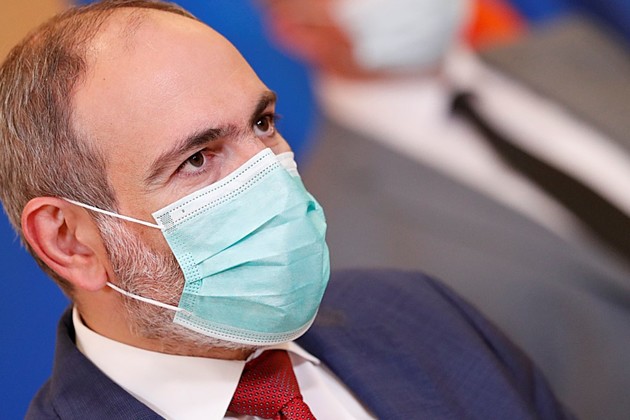 Although the coronavirus threat has not yet been overcome in Armenia, the authorities have already begun talking that they will soon be interested in the people who, in their opinion, succeeded during the epidemic. This applies not only to businessmen and speculators who took advantage of the general chaos to boost their fortune, but also to politicians who in a difficult period for the country took a risk criticizing the authorities in the face of Nikol Pashinyan, who was painfully reacting to being criticized.

The Armenian prime minister's rating is unstable now, so it is important for Pashinyan to demonstrate his power as his opponents are increasingly talking about populism and inept leadership. Pashinyan skillfully proved himself as a political technologist of the revolution, but failed as a manager who is able to quickly coordinate the work of departments during the epidemic. This became apparent when the prime minister announced that he had contracted the coronavirus and self-isolated for a week from the republic’s information space.

Usually, Pashinyan responds to criticism with threats. Last Thursday, during a briefing, the Armenian PM described the behavior of the Prosperous Armenia and Enlightened Armenia parties as misinformation and wrecking. According to Pashinyan, the PAP in the person of its permanent leader businessman Gagik Tsarukyan and Enlightened Armenia are sabotaging the parliament's work, while the whole republic is struggling with the consequences of the epidemic.

Obviously, the lustration that was predicted and feared by the Armenian oligarchs and linked to them politicians will inevitably take place. The next round of political exile will be carried out under the banner of combating sabotage, as well as internal traitors. It is no coincidence that Pashinyan likened the coronavirus epidemic to martial law. Based on this logic, the republic should throw all its forces into the fight against the enemy without the right to challenge or criticize the decisions of the higher leadership. Those who spread panic must certainly end their political careers. Pashinyan did not rule out that the coronavirus would become a grave digger for a number of forces in Armenia.

In the case of competent PR and cautious lustration, Pashinyan can be able to permanently remove from Armenia's political scene the faces of the once successful Enlightened Armenia and Orinats Yerkir (Country of Law) parties, which mainly carry out advisory activities in creating new forces and political associations capable of consolidating the opposition in the future. Pashinyan can put significant pressure on the Dashnaktsutyun. The presence of his long-time opponent Gagik Tsarukyan in Armenian politics, Pashinyan sees as likely support for any political force that may intend to challenge the people's tribune. Tsarukyan himself does not have designs on Pashinyan's position, displaying political loyalty in his own discretion.

So far, the Armenian authorities are testing the waters in the situation with Tsarukyan, because leader of the PAP Tsarukyan was repeatedly accused of corruption and illegal entrepreneurial activity throughout his political career and repeatedly came off clear, which is why he is considered the most significant Armenian political centenarian. As for the deprivation of parliamentary immunity, it is unlikely, since this is possible if a criminal case is instituted against Tsarukyan. It is impossible to deprive Tsarukyan of immunity in order to institute criminal proceedings against him.

It is important that Pashinyan recognized Armenia's defeat in the fight against coronavirus, but is in no hurry to recognize the government’s inability to respond quickly to epidemiological threats. Of course, no one expected a revolution in the fight against COVID-19 from Armenian medicine. However, instead of organizing the effective healthcare work, the public first witnessed an understatement of the threat of the epidemic, then its painful recognition, and then emergency and tough decisions. Even now, when the defeat in the fight against the virus is recognized by the Armenian authorities, Pashinyan justifies the epidemiological situation in the republic by the global spread of the virus, referring to the situations in Germany, Belgium, the U.S. and Spain, downplaying the significance of Armenia. So far, the prime minister has nothing but counter accusations and excuses.