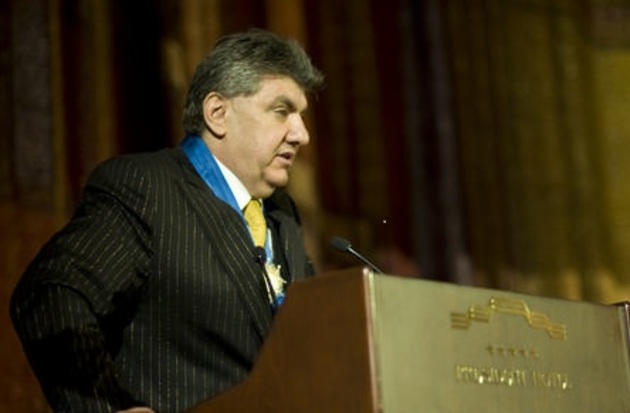 Another “savior” is ready to go to Armenia – this time, the leader of the Union of Armenians in Russia (the UAR), a Russian businessman of Armenian origin Ara Abramyan wants to defend interests of “common Armenians.” He plans to participate in the early parliamentary elections on June 20th. He told about it in a video interview published on the official website of the UAR. He also said that he’s deeply guilty of not fighting for a happy future of the Armenian peoples.

Abramyan’s successful business which includes the UAR founded in 2000 and other little-known foundations, as well as being acquainted with powerful Russian politicians and government members has many times egged on Ara Abramyan’s “colonization” of the Armenian political space. In 2017, he planned to participate in parliamentary elections intending to fill the political niche which was taken by Gagik Tsarukyan’s Prosperous Armenia Party at the time. However, Abramyan’s election campaign soon came to an end, as he has many blank spots in his biography. As a result, he limited himself to indefinite promises in line with populist patriotism.

Nikol Pashinyan’s “revolution” was met by Abramyan, as well as by the whole Armenian Diaspora in Russia, warily. Perhaps, he would have stayed an outsider but after Pashinyan’s accession to power, positions of another Russian Armenian billionaire, owner of Tashir Company, Samvel Karapetyan, were undermined. Karapetyan used to play a role of an unspoken mediator between the Karabakh clan and the Diaspora in Russia. According to rumors, when Karapetyan’s business was driven out of Armenia, Abramyan expressed his readiness to cooperate with the “revolutionary” government. However, Abramyan himself never spoke openly about liking Pashinyan’s government.

Abramayn is not the first businessman who tries to convert his financial power into political benefits. In various periods, Russian millionaire Serzh Dzhilavyan and major businessmen Arkadi Vardanyan who made a fortune in Russia tried to do the same.

To provide politics with investments by foreign Armenian oligarchs, Armenia established the Diaspora Ministry in 2008. However, it has succeeded only in organization of touristic trips of Armenian children from abroad to Armenia. It’s not enough for Abramyan and likeminded businessmen to cooperate with the Ministry to make the electorate perceive him as a voice of Russian Armenians. Imitated involvement into dealing with daily problems of the republic and seeming patriotism are aimed at legitimization of Abramyan’s presence in the Armenian space.

Being a classic privatizer of Armenian assets abroad,  Abramyan counts on “privatization” of the pro-Russian electorate in Armenia, as it needs a strong financial structure. Probably, the authorities could be interested in cooperation with such a political power that Abramyan wants to represent to keep the part of the society under control. Moreover, after the defeat in the Second Karabakh War, rating of the authorities went down while pro-Russian sentiments grew in Armenia.

On the other hand, Abramyan counts on the fact that power of his financial empire could be interesting to powerful Russian political elite intending to manage the Armenian direction of foreign policy through Abramyan’s foundations and to have a yes-man in Armenia’s public space.

At the same time, it is the biggest delusion of Abramyan. First of all, Moscow has a lot of opportunities to influence Armenia’s policy without oligarchs of Armenian origin, for example, through the EAEU and the CSTO. Secondly, longstanding experience of participation of foreign oligarchs in parliamentary elections in Armenia shows that none of politicians-newcomers has ever gotten more than 2% of votes. Thirdly, Armenian politics has its own eccentric oligarch who is ready to deal with problems of his countrymen at the republican level – Gagik Tsarukyan.