Why are they always looking for traitors in Armenia? 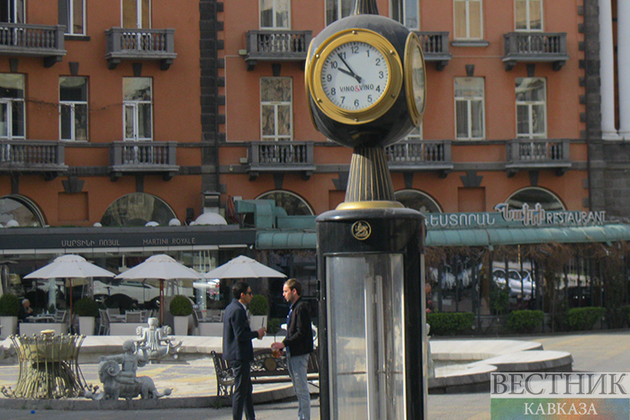 Mutual accusations have become one of the main elements of the political struggle in Armenia. Opponents call each other agents of foreign intelligence services, mainly Turkish, point to the short-sightedness and incompetence of the policy being pursued, to the accompanying demagoguery. However, most often you can hear accusations of treason. Sometimes it seems that there is not a single politician in the republic who is not suspected of treason.

Each new Armenian administration accused the previous one of betraying the Armenian people's interests. Figures of the Armenian National Movement (ANM) claimed that the Soviet leadership left the Armenians of the former Nagorno-Karabakh Autonomous Region of Azerbaijan to their fate, allegedly ignoring their will. Separatists from the Karabakh clan loudly accused the ANM of treason in the late 1990s because they realized the inevitability of overcoming the Armenian-Azerbaijani crisis through negotiations and retreat from the principles of occupation. When the current prime minister of the republic, Nikol Pashinyan, came to the Armenian politics, he tirelessly spoke about the treachery of the corrupt government of Presidents Kocharyan and Sargsyan. The current opposition, generously sponsored by the previous administration, speaks of Pashinyan's betrayal, but in the context of capitulation due to the fact that he signed the obvious outcome of the Karabakh war. Here, the nationalists are using the old scenario, drawing parallels between Pashinyan and the former leader of the ANM, the first president of the republic, Levon Ter-Petrosyan.

The political space of Armenia is full of symbolic elements, which hide the driving force of all significant political figures of the republic without exception - a monopoly on power. In Armenia, it is not customary to negotiate with those who have an alternative point of view; all debates are predominantly declaratory and most often conditional. There is no and there cannot be a healthy opposition, because the political culture presupposes the complete overthrow of the opposing party. In this case, accusations of treason are the best help, allowing you to deprive your opponent of the word. The traitor has no right for a tribune, his rhetoric is of little importance, therefore, any persecution (up to physical elimination) is allowed against him. This is how Armenian politicians acquire a short-term license for violence, relying on the public mood or on the inertia of the society.

The concept of "betrayal" in post-Soviet Armenia is ephemeral, does not have a clear understanding, since the concept of the future state has not been formed in the country, it is not clear what is generally betrayed and what is not. Where is the country striving and what is the country building? The exported resources are predominantly in private hands. Corruption is caused, first of all, by a chronic shortage of almost everything, rather than by traditional culture. Issues of the army, religion, church, occupation policy are taboo, and therefore the Armenian layman does not have a clear idea on the difference between the betrayal of the whole country's interests and where the betrayal of the political elites' interests.

The traitor could be anyone and at any time. The only clear definition of treachery is treason and involves the transfer of secret materials of state importance, but there are few such accusations in the recent history of Armenia. The symbolism of national betrayal serves as an effective social regulator. No one wants to be on the lists of traitors, because it is impossible to get rid of such accusations in Armenia. The accusing side can use this tactic as many times as it wants with a wide variety of frequency, prompting over and over again to refute the false rhetoric. Therefore, those with an alternative point of view prefer to avoid thorny issues, and the public refrains from any comments.

Europe’s chance for peace in the South Caucasus