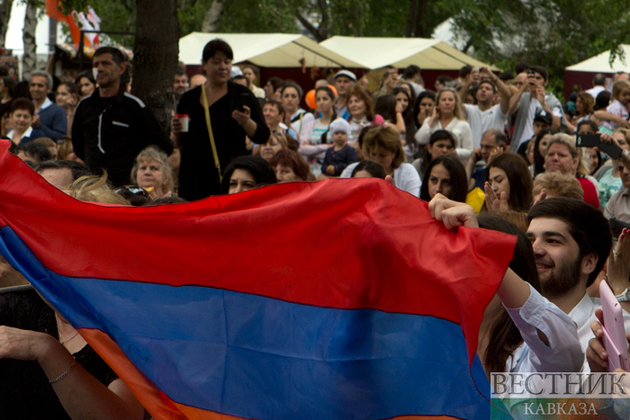 The snap parliamentary elections of June 2021 have not resolved Armenia’s political crisis, one in which it has found itself since the 2020 war with Azerbaijan in Nagorno Karabakh. A Russian-orchestrated ceasefire not only confirmed Armenia’s military defeat but induced the country’s immense crisis, the destabilisation of the Armenian government’s validity, intensification of political divisions, and reinforcement of political polarity in the country, Emerging Europe writes.

For political parties opposing the current administration, the terms of the ceasefire agreement questioned Prime Minister Nikol Pashinyan’s standing; portrayed him as the country’s traitor, and continually demanded his resignation during protests and demonstrations conducted after the ceasefire’s implementation.

Notwithstanding Armenia’s devastating military defeat, the June parliamentary elections resulted in Pashinyan achieving a majority. But a fitting explanation for the electoral results is less about the public favouring Pashinyan and more about the public’s painful recollections of the former administrations of presidents Robert Kocharyan and Serzh Sargsyan.

The fact that Armenia Alliance, led by Kocharyan, came in second in these parliamentary elections led to further polarisation within Armenian domestic politics. Instead of searching for a way out of this chaotic landscape, both the ruling Civil Contract party and Armenia Alliance have resorted to recriminations.

While Pashinyan’s supporters assign blame to former President Kocharyan for putting Armenia in a position where it would lose the war against Azerbaijan, Kocharyan’s proxies attribute the defeat to Pashinyan’s utter recklessness. In other words, Pashinyan and Kocharyan accuse one other for actual and potential shortcomings and wrongdoing that plunged the country into an abyss.

Meanwhile, war-torn Armenia continues to face unresolved problems, including, but not limited to, the Covid-19 pandemic and economic devastation. The Armenian domestic political landscape can be best described by a “zero sum game”, where even threats of national security do not diminish frictions between leading political actors.

Furthermore, the country’s subsequent political instability has been complicated to a greater extent by the tremendous mismanagement of the pandemic and economic underdevelopment. According to the World Bank, the Covid-19 pandemic and the Nagorno-Karabakh war derailed Armenia’s economic expansion, resulting in a sharp 7.4 per cent economic contraction. These dual shocks were fraught with an increase in poverty, especially amongst the urban populations.

Moreover, with adequate recognition of public discontent, the Armenian government has been unrelenting in its efforts at controlling the media’s narrative and public discourse regarding politically sensitive issues. On October 9, the Armenian Constitutional Court upheld recent legislation which substantially increased the penalties for insulting individuals for their “public activities”.In effect, the law is consistent with measures that non-democratic governments resort to in order to suppress anti-government dissent. Meanwhile, amongst the driving forces behind the 2018 Velvet Revolution was the Armenian people’s fervent desire to flourish in a more democratic country.

Pashinyan previously disguised himself as a pro-European figure, yet shortly after coming to power, he cemented Armenia’s pledge of allegiance to Russia. The Russia-brokered ceasefire has fortified Russia’s image as a “saviour” across Armenia. One hundred years ago, after the establishment of Soviet rule in Armenia, the First Armenian Premier, Dashnak, Hovhannes Kajaznuni, noted: “From the first day of our statehood we well acknowledged that such a small, poor, deprived, and isolated country as Armenia, cannot become truly independent and autonomous … We should be grateful to Bolsheviks. By deposing us, they – if not saved — have put us on a reliable path ….”.

A century later, Armenian political thought largely remains marked with perceptions of itself as “helpless” and Russia as its “protector”. The most conspicuous exception is the National Democratic Pole (now the nationalist group "Sasna Tsrer" has this name), which blamed the devastating state of Armenia on Russia. The party achieved less than two per cent of the vote in the snap parliamentary elections of June 2021.