Armenia After The Parliamentary Elections 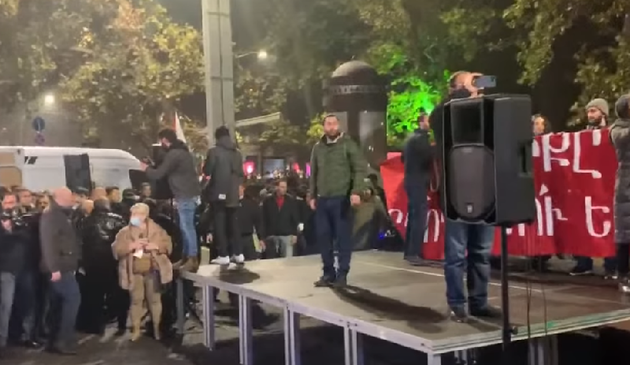 On June 20, snap parliamentary elections will be held in Armenia. The move will ease tensions in the country but will fail to end political divisions and solve structural troubles such as poor economic situation, weak judiciary, and the fragile army, Eurasia regional expert Emil Avdaliani writes for Eurasia Review.

The decision to hold elections followed months of protests when all the former presidents of Armenia, the current president Armen Sarkissian, leadership of the Armenian Church and large parts of the top leadership of the armed forces acted in concert to oppose the Pashinyan government. They all blame him for the country’s defeat in the Karabakh war. Pashinyan enjoyed widespread popularity in the first two years of his rule. However, expectations for fundamental changes proved to be too high given Armenia’s weak state institutions, polarized political culture, and corruption. Additionally, those who appeared in the government with Pashinyan mostly came from Armenia’s civil society, which meant they had only limited policy development experience. The human toll and economic troubles from the pandemic coupled with the war with Azerbaijan, questioned Pashinyan’s competence. His position was undermined both at home and abroad. Still, no clear alternative to Pashinyan exists.

According to the polls, Pashinyan’s “My Step” faction remains the country’s most popular political party with 33% support. Second is “Prosperous Armenia,” the faction led by former President Kocharian. Both have 3%, while the former ruling Republican Party has only 1%. The figures show Pashinyan is still wanted, but political apathy is also on the surge when nearly 44% of Armenians do not support any party and 45% of the population disagrees with the general direction the country heading into. This suggests that in the longer run there is political vacuum, space for a new political force to emerge.

Elections will be competitive, but Pashinyan is likely to win. After all, despite all of his mistakes, Armenia’s military losses are a result of a slow degradation of Armenia’s military potential before his coming to power and the general change in the balance of power, namely, Azerbaijan’s rapid growth as a military power; the latter’s exponential military ties with Turkey, and Russia’s opportunistic behavior during the 2020 war.

New elections may well ease tensions, but the structural problems facing Armenian politics will remain. Deeper flaws, such as a lack of accountability, a lack of an independent judiciary, and a weak parliament, will negatively affect any new government. Additionally, Armenian politics remains highly polarized and personalized, which limits the room for real political changes in the fabric of the country’s management. Long-standing problems with corruption, unemployment, emigration and an ineffective economy will remain.

And here Russia’s position matters as it is in a fortunate position to favor both sides of the aisle. Russia does not need to fully support the overtly pro-Kremlin candidate, because in reality every plausible ruling entity in Armenia will become increasingly dependent on Moscow. Take, for example, “Bright Armenia” headed by Edmond Marukyan. The party is known for its moderately pro-European attitude. However, after the 44-day war – Marukyan called for the creation of a second Russian military base in the country.

Thus, Russia is in a perfect position. With one masterful blow in November 2020, Moscow physically placed itself in the only territorial conflict in the South Caucasus, where it previously had no direct influence. With its peacekeepers in Karabakh, and Armenian army and the general public demoralized and confused after the 2020 fiasco, Russia is Armenia’s only hope. As argued above, this becomes increasingly clear for the entire political spectrum of Armenia’s political elite.

Thus, the election results will not entail major changes in foreign policy. Nevertheless, the results will be of great importance for the Armenian-Russian relations and Armenia’s geopolitical maneuvering. The political parties are now itching in favor of closer ties with Russia, which could change the very fabric of bilateral relations. Russia can insist on deeper integration of Armenia into its favorite economic organization – Eurasian Economic Union (EEU). Better trading conditions for Russian companies could be sought and more modern Russian weapons could be supplied in return.

Regardless of who wins the upcoming election, the structural troubles besetting Armenia will remain in place. A weak judiciary, military and the parliament will hinder the prospects for a quick solution to the traumas the country has been through since early 2020. The political landscape will remain viciously personalized, which would preclude potential cooperation between the parties to limit internal political pressure.