Igor Korotchenko: "Lobbyists of the Armenian "party of war" openly attack the Kremlin" 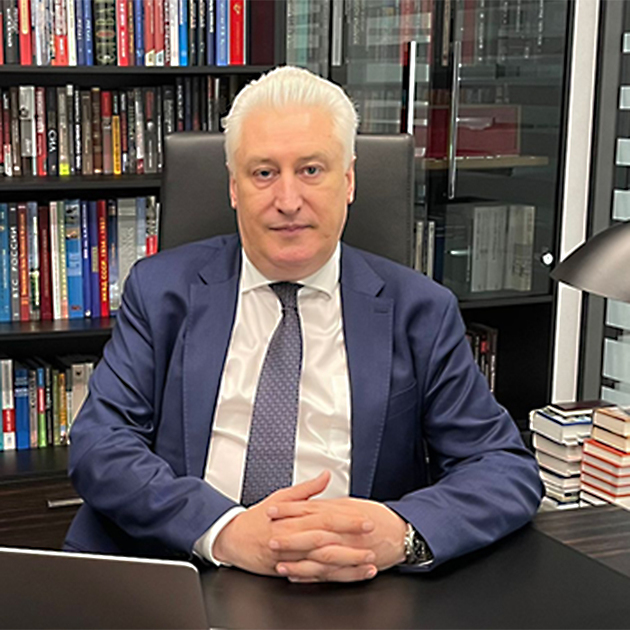 Today, Azerbaijani President Ilham Aliyev once again announced Baku's commitment to normalizing relations with Armenia and signing a peace treaty that will send any attempts to revive the war into the past. Meanwhile, the Armenian nationalist opposition, hiding under new signs the former "party of war" of Robert Kocharyan and Serzh Sargsyan, declares its intention to nullify all Armenian-Azerbaijani agreements concluded under Prime Minister Nikol Pashinyan. Now, both the revanchists and their foreign sponsors and supporters are intensifying opposition to the efforts of Moscow and Baku on the Armenian-Azerbaijani settlement, this is happening inside Russia as well. Vestnik Kavkaza talked to political analyst and editor-in-chief of the National Defense magazine Igor Korotchenko about the true policy of Russia in the South Caucasus.

- Igor Yuryevich, does Russia have any interests in contributing to attempts to start a new war between Armenia and Azerbaijan?

- Russia certainly has no such interests. But we should not forget that this point of view - that a war is needed - is being broadcast by a rather powerful lobby of Armenian nationalists. In the new conditions of the aggravation of the military-political situation in the world, this lobby is trying to realize the same program goals and objectives that stood before: to tear Karabakh from Azerbaijan and make it impossible for Baku to fully control this territory.

Official Yerevan is actually committed to the peace agreement. It is clear that Nikol Pashinyan does this with certain reservations and antics, does not want to implement the signed documents to the end, but nevertheless, his political line is aimed at moving closer to Baku and signing a peace treaty. Anyway, the Armenian authorities are set to implement the points of the tripartite Statement of November 2020.

However, the Armenian nationalist lobby, firstly, initiated large-scale protests in Yerevan and other Armenian cities, using the opposition. Secondly, in Russia it is consolidating and strengthening its positions on the basis of a revision of trilateral agreements and attempts to impose on the official Russian leadership its point of view on what is good and what is bad for Moscow in the South Caucasus. Immediately after the signing of the tripartite Statement in November 2020, I said that today's global Armenian diaspora is a large and quite influential political and financial force, including in Russia. Now supporters of the "party of war" in the Russian Federation are trying to disavow the official Moscow's position contained in the three tripartite Statements of November 9/10, 2020, January 11, 2021 and November 26, 2021.

- In terms of bilateral relations, what does the signing of the Russian-Azerbaijani Declaration on Union Cooperation indicate?

- President Vladimir Putin and President Ilham Aliyev quite clearly confirmed mutual respect for the territorial integrity of Russia and Azerbaijan, which means Moscow's recognition of the fact that Karabakh is part of Azerbaijani land.

At the same time, it is one thing - the Russian state's official policy, and absolutely another - the destructive activities of the Armenian nationalist lobby, who use the changes in the military-political situation in the world to try to find justifications and impose their own ideas, to carry out a creeping revision of the previous fundamental positions of the Russian Federation on this issue. Their activities do not meet the Russian national interests, since peace, stability and predictability are certainly important to us in the South Caucasus. Russia has repeatedly stated this, and now we see how the lobbyists of the "party of war" openly attack the Kremlin's official position.

- What is Russia's view on the prospects and principles of the Armenian-Azerbaijani settlement?

- Now there is a struggle for meanings. Russia's position is unchanged; it is reflected in the declarations and other documents that have been signed. I would like to hope that there will be no further changes. Friendly relations between Russia and Azerbaijan, between the presidents of the two countries, are based on an appropriate treaty and legal foundation, where Russia confirms Azerbaijan's territorial integrity.

- How can Russia evaluate the potential change of power in Armenia with the settlement agreements' cancellation?

- On the one hand, what is happening in Armenia is an internal affair of the Armenian people themselves. On the other hand, I think there should not be a change of power there. The information available to us indicates that in any case, Pashinyan is still supported by the population's majority. Pashinyan's replacement is possible either through a coup d'etat or through a successful assassination attempt on the prime minister, that is, through a conspiracy to seize power and a terrorist act. There are special services in Armenia, in particular, the National Security Service, whose task is to ensure the constitutional order's implementation, including preventing any attempts by the opposition and militants of terrorist organizations to carry out an assassination attempt on the first person. If there are risks of murder, it is necessary to strengthen Pashinyan's security.

However, these are the problems of Armenia itself. There is the Constitution of Armenia, and the task of the power structure of this country is to ensure its implementation and to prevent any attempts of violent actions against any government representatives, starting with Nikol Pashinyan, because he is a legitimately elected and absolutely legitimate prime minister.