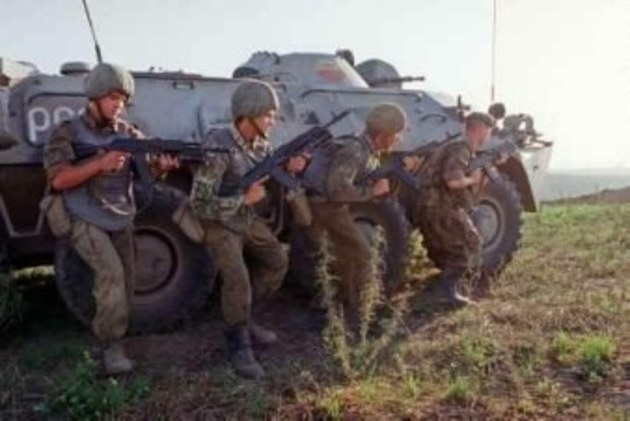 Grozny marked the 15th anniversary of the formation of the Joint Group of Forces for counter-terrorism operations in the North Caucasus. An extended session of the republican Anti-Terrorist Commission and an inter-departmental session of the chief law enforcers of the NCFD were held, chaired by the Russian Deputy Prosecutor General, IIvan Sydoruk.

Sergey Melikov, an ex-commander of the Joint Group in 2011-2014, said: "Today, we can state that the territory of the Caucasus has peace, though brittle. All forces wishing to shake the world should understand that there is a group, and it is here and can give them a smashing blow." Sergey Bunin, the acting commander-in-chief of the Internal Forces of the Russian Interior Ministry, the chief of the Main Staff of the Internal Forces, described the achievements of the Joint Group in the last 15 years. He has given figures and facts about combating terrorism and extremism in the North Caucasus. The Joint Group of Forces held over 40,000 special events, destroyed over 5,000 bandit bases and caches, found over 30,000 units of weapons, defused over 80,000 landmines and improvised bombs, stopped over 10,000 illegal armed formations and gang leaders.

Bunin noted that the number of troops in the group had been changing in the last 15 years, but the main development was success in fighting terrorists and their leaders.

Sergey Goncharov, the president of the Association of Alpha Group Veterans, noted that the Joint Group had played an enormous role in the security of the region in the past 15 years, so its formation was justified and had a positive result.

Melikov noted that the group was accomplishing different tasks to secure a peaceful life for the populations of the four republics of the North Caucasus Region. It consists of force and political components that contribute to peace in republics together. The Anti-Terrorism Commission of Dagestan held an extended meeting in Makhachkala on September 24. Its attendees discussed the complex plan for prevention of terrorist ideology in Russia in 2013-2018.

Without socio-economic development of the territory, legal guarantees for the population, ideological resistance of terrorism, development of harmonious interethnic relations, and high culture and morale in society, eradicating terrorism is impossible. Similar conclusions were made at the inter-department session of chief law enforcers of the NCFD, where they discussed prevention of extremism and terrorism, attacks on law enforcers and the military. Attendees of the session noted the efficiency of law enforcers. A set of measures to solve existing problems was drawn up.

Soft power and hard power are two key political terms characterizing state activities. They mean either the policy of stimulation or harsh control, or their alternation.

However, the Caucasus needs a completely different policy, so-called smart power. It implies economic, military, political, legal and cultural instruments used for every unique situation. They vary depending on rationality and need.

Eradication of extremists and terrorists does not mean an end to ideology. It flourishes on soil fertilized with disappointment at the economic and social conditions of the public. It finds a response in places with lack of ethics, morale and culture. It reigns in areas dominated by unemployment and legal nihilism, injustice and lies. It is necessary to see the core of the problem, understand its cause and find a complex solution. The logic of smart power, that gives impartial evaluations of origins, is to see prospects and act in several directions at a time.