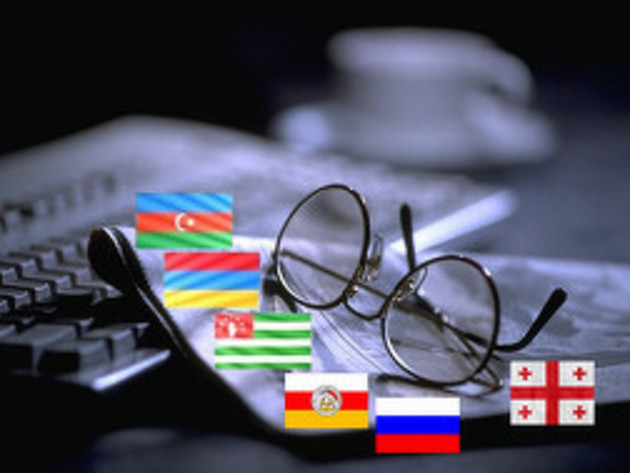 "The government should form proper conditions of life,"said Sergey Melikov, the Russian presidential plenipotentiary envoy to the NCFD, at a meeting with journalists in Pyatigorsk. "Economic development needs a complex approach, without preference for certain separate sectors. It would allow the country to reach a qualitatively new level of development. Agriculture, industry, the social sector, everything is interconnected," the Kabardino-Balkarskaya Pravda newspaper quotes Melikov. In his opinion, development of the economy of the Caucasus is impossible without transport infrastructure. This includes roads, railways and light aviation. Melikov said that the North Caucasus continued realization of three projects in the tourism sector. "The economy of our country, including funds of our investors, allow Arkhyz, Elbrus and Veduchi to develop dynamically. Other projects need a certain reassessment, because what has already began needs continuation," he noted.

The envoy called the Caucasus a hospitable land but a small quarrel could easily turn into a serious conflict. He said that the causes of all crime were ethnic problems, extremism and terrorism as weaknesses of the government. Melikov reminded about the recent explosion in Grozny, it demonstrated that terrorism was still a threat in the Caucasus and terrorist ideology needed to be suppressed by better social conditions and the activeness of society.

The idea to connect railways of NAR with Azerbaijan and Turkey appeared in the early 1990s. The region was in a blockade at the start of the Nagorno-Karabakh war. Iran was the main option to unblock it, but the neighbouring state had no developed railways near the Azerbaijani border. The success of BTK inspired hope that a solution to Nakhchivan's transport problems would soon be found.

The Supreme Council for Strategic Partnership of Azerbaijan and Turkey decided in November 2013 to start designing the Kars-Susuz-Silucu-Nakhchivan branch. Most of it will run through Turkey. A new 13-km section and reconstruction of 160km of railways in the NAR will be needed.

According to officials, Azerbaijan will rehabilitate the NAR railways and built a section to Sadarak on the Turkish border. Azerbaijan will most likely build 223km of the railway on highlands.

Realization of the project will need about a billion dollars. Considering the importance of the railway, Azerbaijan may grant Georgia a beneficial loan to cover most expenses. It will connect the autonomy with Azerbaijan and give Nakhchivan access to Turkey, the Middle East and Europe.

Kizlyar's KEMZ concern has entered the military complex of Russia, Dagestanskaya Pravda reports. The concern is an association of specialized enterprises, offices and advanced social infrastructure. 80% of the factory's output are aviation products. Most of them are equipment for planes. It also produces military equipment.

The factory has launched production of the T-2 two-seater trike and MAI-890 plane. It is working on mass production of two-seater planes. The factory has a special section for production of car electric pumps, it has been producing steering wheels for Lada-Priora cars with AvtoVAZ. In 2010, the factory realized Russian Prime Minister Dmitry Medvedev's initiative to replace all lamps with energy-saving ones. It has a separate center producing light equipment. The factory has modernized CNC machines and bought unique equipment in the last years. It trains highly-skilled specialists to exploit advanced equipment of foreign companies.

Armenian ecologists are concerned about the condition of the environment and the state policy, Delovoy Express reports. Karen Agagabyan, a senior scientist of the American University of Armenia, warns that over 100 birds are endangered as a result of drought on Armash Ponds in the Ararat Valley. The problem is a result of using artesian water in the Ararat Valley without proper monitoring. Silva Adamyan, the head of the Bird-Fancier Center, believes that the situation is catastrophic, there were 18 large ponds in 2012, only three remain today. The owners of the ponds consider that maintaining them is unprofitable. They are dried up and used for growing watermelons and other crops. Adamyan proposed formation of one large pond in Armash by the government or donor organizations. Experts have warned several times that local fisheries were exhausting the underground waters of the Ararat Valley.

The water level at Lake Arpi has dropped by two thirds. Karen Manvelyan, the head of the local WWF office, said that it was a result of irrigation. He wants monitoring to be organized for water resources used by nearby power plants.

According to the Center for Hydroecology of the Hydrometeorology Service of the Armenian Ministry for Emergencies, Lake Sevan, which is the largest lake in the country, lost 9-12cm of its water level in late 2014. Karine Daniyelyan, the head of the "For Stable Development" Association, said that the dropping water level would worsen the quality of the water. She reminded that a drop of 3cm had been determined and the negative process continued. Reduction of water transparency and oxygen levels in the water and rising sea temperatures will corrupt the ecosystem. In Daniyelyan's opinion, the government should set a maximum volume of water consumption. She believes that a strategic approach is needed to solve the problem.

Georgia is passing amendments to the law on violance in the family, protection of victims of family violence and help, the Civil Code, the Code of Administrative Violations and the Criminal Code due to a recent rise of violence in families. Many cases of abuse in families end tragically, News Georgia reports.
The amendments were passed at the parliament in the first reading. A man shot his ex-wife in broad daylight in Tbilisi on Friday. The murder happened at Tbilisi University, where she was teaching English. The man committed suicide after that.

The 33-year-old woman died in hospital, her child is an orphan now. The woman asked the police for help twice but law enforcers took no measures to prevent the violence, only warnings were given to her husband.

Another case happened a day earlier when a patrol police arrived after a call about a family conflict. As soon as the officers arrived, fire was opened against them. The shooter had no gun license. A police officer was injured, his partner wounded the shooter with counter-fire.

Georgian Justice Minister Tea Tsulukiani said that the crime level had dropped but aggression in families was on the rise. According to the Association of Young Lawyers, there were about 20 women murdered in family conflicts. Social polls of Imedi TV says that 9,107 out of 10,000 people questioned considered women unprotected in Georgia.

A protest was organized at the Justice Ministry in Tbilisi on Friday. Students, journalists and members of NGOs gathered. They formed a living chain, holding banners with the slogan "A murder of a wife is a crime too."

According to the new law, people suffering from family violence will get better protection. They will have the right to demand compensation for violence, get free consultations and free medical aid, the right to stay at home. Individuals responsible for physical abuse or pressure will be forced to leave the house, even if the real estate belongs to them. A hotline will be organized for victims of domestic abuse.