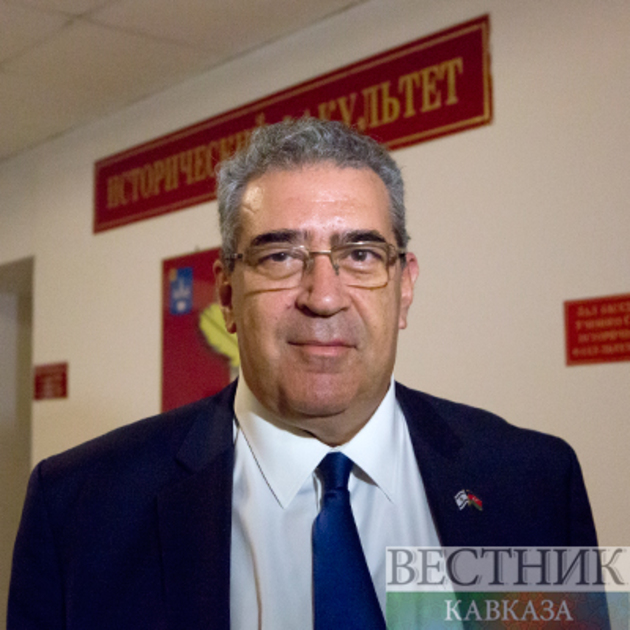 Russian President Vladimir Putin arrived in Israel on a visit to mark the 75th anniversary of liberation of the Auschwitz concentration camp by the Red Army as well as the Holocaust Remembrance Day. Program of the visit includes speech at the International Forum "Preserving the Memory of Holocaust, Fighting anti-Semitism", participation in the unveiling ceremony of the "The Candle of Remembrance" stele and in the award ceremony of the Order of Courage to relatives of hero of the uprising at the Sobibor death camp Leon Feldgendler. Vestnik Kavkaza spoke to Lev Spivak, director general of the Israel-Azerbaijan International Association (AzIs), about the importance of preserving historical memory of the Holocaust and Russian-Israeli relations.

- Why is it so important to preserve the memory of the Holocaust today?

- The memory of the Holocaust has one very simple value: if we don't condemn what happened every day, as well as people who committed it, then tomorrow there may be someone else who wants to commit the Holocaust again. Maybe against the Slavs, or against the Greeks, or against the French, against anyone. Such things are completely unacceptable. Human life has the highest value. There's nothing more valuable.

- In your opinion, what significance does Israel attach to visit of Vladimir Putin?

- All events are dedicated to the worst tragedy in the history of the Jews, to the Holocaust. Concentration camp was liberated by Soviet troops, so President Putin's visit as leader of the successor country of the Soviet Union cannot be overestimated.

At the same time, this visit shows good, friendly relations between our countries, even without any connection to these events. As we know, representatives of Poland and the Baltic republics refused to come to Israel. Perhaps they don't consider the Holocaust an important event or simply have bad relations with today's Israel. I don't think that the Holocaust can be used in political games. The behavior of Polish leadership in this case is striking.

The Monument to blockade of Leningrad, which is being opened today, is extremely personal not only to people of that generation, but also to front-line soldiers, the entire older generation.

As a native of Soviet Union, I'm pleased that Israel has always been a friend, and continues to be friends with Russia. We have visa-free regime, we have excellent relations in general. Our Prime Minister Benjamin Netanyahu has met with Putin more than once.

- What do Israeli people think about Naama Issahar, Israeli woman convicted in Russia of smuggling drugs?

- This is not the only Israeli woman who was arrested for such nonsense and is serving a sentence. There are similar cases in other countries. There were some reports that she's a niece of driver of Prime Minister Benjamin Netanyahu, which is probably why there's such a scandal, but no one stood up for other Israelis who were imprisoned in other countries and didn't even think about them.