Russian senator on status of Russian language in Azerbaijan 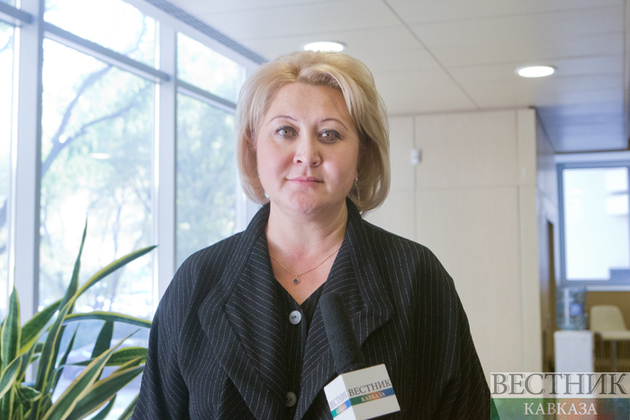 Education in Russian language is highly valued in Azerbaijan, the first deputy chairman of the Federation Council Committee on Science, Education and Culture, representative of the executive body of the Republic of Bashkortostan Lilia Gumerova told Vestnik Kavkaza.

Lilia Gumerova, as a member of the Russian delegation, observed the extraordinary elections to the Milli Majlis of the sixth convocation in Baku this weekend.

"When I was here as an observer in the presidential election in 2018, we visited many Russian schools in Azerbaijan. And then I was able to make sure that there is a very good attitude towards the Russian language in Azerbaijan, the Russian-language education is highly valued," she said.

"At Russian schools, the instruction is provided in Russian, with the Azerbaijani language being studied as the state language. At the same time, schools of the Azerbaijani sector teach Russian as a foreign language," Lilia Gumerova said.

"Good humanitarian ties have been preserved between our states, and therefore such interest in the Russian language is understandable. And this is a great example of careful attitude to the language and the development of humanitarian cooperation benefiting the relations between Russia and Azerbaijan," the Russian senator emphasized.

Results of Republican Olympiad in Russian announced in Baku