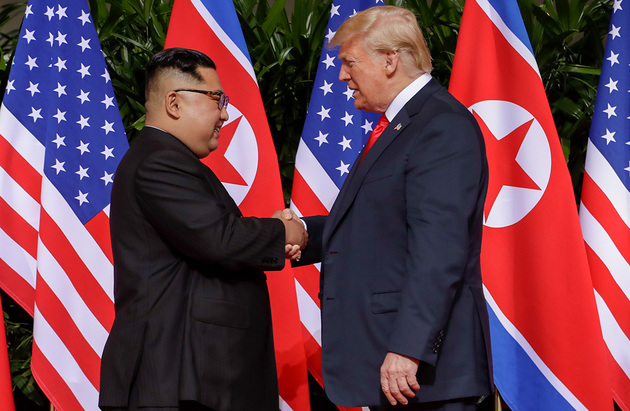 Chung, who met Trump in Washington this week, said that he was given a message to pass to North Korea and it was delivered yesterday.

Chung said on arriving back in South Korea that Trump had remembered the day they met was Kim Jong Un’s birthday and had sent him birthday greetings.

“President Trump asked President Moon to deliver his message to Chairman Kim,” said Chung, without elaborating whether it was a written message or whether it included anything beyond the greeting.

Kim’s birthday is believed to be Jan. 8, though his secretive regime has never confirmed the date. The U.S. government lists Kim’s birth year as 1984, making him 36 years old this year, Reuters reported.

Will there always be war on the Korean Peninsula?

Will Trump and Kim meet before elections in US

“The Room Where it Happened” could damage negotiations with Pyongyang