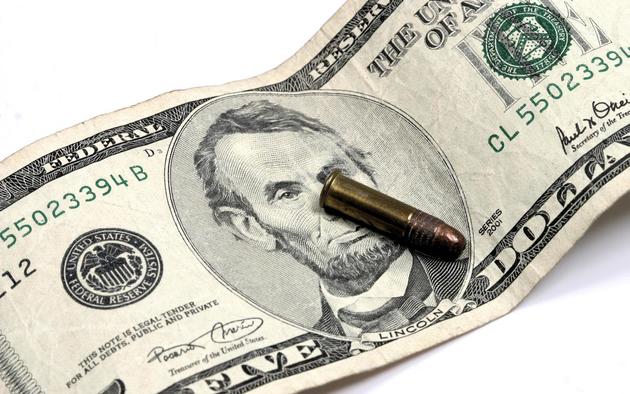 CounterPunch has released an article accusing the U.S. of global warmongering to protect the national currency. The article says that the U.S. needs to use all possible means, including war, to protect the dollar's status. Russia and China proposed the idea of forming a neutral currency called Special Drawing Rights, an IMF imitation, the authors of the article point out. So far, the BRICS states have not adopted any currency analogical to the dollar. The idea of making the yuan the regional currency of Asia and the Eurasian Economic Union remains an unrealized fantasy, despite its popularization, RIA Novosti cites CounterPunch.

Russia is undergoing a severe financial tailspin due to sanctions, currency attacks and oil prices. CounterPunch accuses the U.S. of destabilizing the country and threatening to use military force against it. For instance, the article says, NATO has been building bases in Eastern Europe. The situation in Ukraine, according to the experts of the article, is another attempt to worsen relations between Russia and Europe.

CounterPunch adds that China has suffered some harm from the U.S. military "axis" in Asia, the situation in Hong Kong and the western provinces, and the financial isolation of China from colleagues in the Trans-Pacific Partnership.

Overall, CounterPunch rounds up that the U.S. is undermining the military, economic and political power of Russia, China and BRICS to keep the dollar as the dominant currency.