Alexey Fenenko: "Pashinyan expects the West to help him in gratitude for the anti-Russian policy" 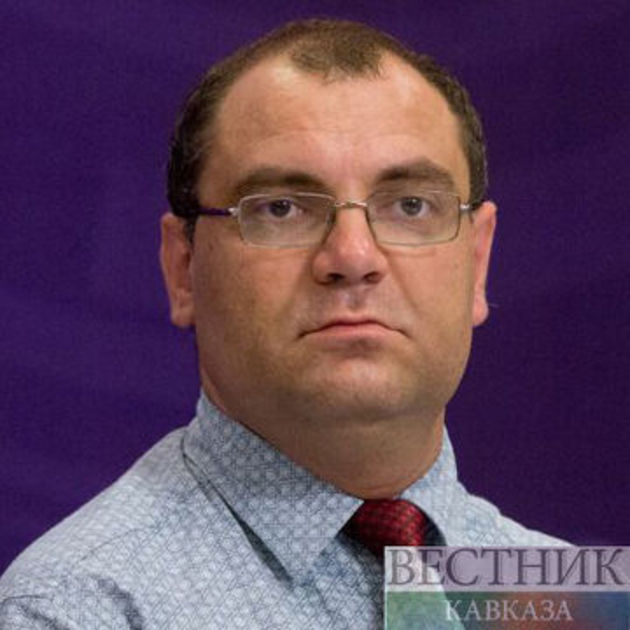 Against the background of failures at the front, Armenia is increasingly accusing Azerbaijan that it seeks to regain control over the occupied territories, absolutely not worrying about the fate of the population who lives in Nagorno-Karabakh and the surrounding regions. Alexei Fenenko, associate professor of the Department of International Security at the Faculty of World Politics, Moscow State University named after M.V. Lomonosov, told Vestnik Kavkaza how these accusations are based and other aspects of the escalation in the conflict zone.

- With whom is the Azerbaijani army fighting on its territory today: with the occupation troops or with the Armenian population?

- The first moment. When Baku is accused of being inattentive to the civilian population, I consider it necessary to recall that over the past 25 years Azerbaijan has proposed several plans for a peaceful settlement of the Karabakh issue. You can treat them differently, but it should be taken into account that we have not seen a single plan for resolving the conflict from the Armenian side. What has Armenia proposed in 25 years?

Let me remind you how the current escalation began. On September 1, Pashinyan announced the denunciation of the Vienna and St. Petersburg agreements, which were signed under the guarantees of Russia. It was a hard blow to Russian diplomacy and a rejection of a peaceful dialogue. And what follows in international law after the refusal of a peaceful dialogue? Renewal of the war! This is exactly what happened.

Third point. Armenia has no agreement on mutual defense with the unrecognized republic, created on the territory of Nagorno-Karabakh. Again, from a legal point of view, the intervention of Armenia has no basis at all.

Now, regarding who the Azerbaijani army is fighting on the territory of Nagorno-Karabakh. Here I have several questions at once. Why are the armed forces of the unrecognized "NKR" so well armed? Who supplied them with weapons? Who taught them? Several years ago, the Armenian press wrote avidly about the “Ohanian Line” - an allegedly impregnable system of fortifications from the “Artsakh” side, which was built on the initiative of Armenian Defense Minister Seyran Ohanyan. It was compared to the “Maginot Line”, then to the “Mannerheim Line”, however, both were broken in their time. The Germans simply bypassed the first, the second was broken through by the Red Army. “Ohanian's Line” was initially expected to have the same fate. We saw this back in 2016, we see it now. But still, how did Ohanian build a defense line on the territory of another state?

- On the eve, Ilham Aliyev said that Azerbaijan is in no way fighting against the Armenian population, and earlier stressed that Baku is ready to agree to a peaceful settlement if the Armenian side presents a plan for the de-occupation - with specific dates, with concrete steps. Is there a possibility today that taking into account the successes of the Azerbaijani side, the de facto de-occupation of the Jebrail region, the government of Nikol Pashinyan will be forced to accept these conditions and agree to a peaceful settlement?

- Armenia already accepted such conditions in June 2016, when the Petersburg plan was signed. There were marked quite clear terms for the de-occupation of the regions of Azerbaijan adjacent to Nagorno-Karabakh. That is, now the Armenian side is required to return to the plans to which it agreed in June 2016. However, [Armenian Prime Minister Nikol] Pashinyan thinks that after two and a half years of consistent anti-Russian policy he has earned the right to a special attitude to himself from the North Atlantic Alliance, to its support. They say that the West will put pressure on Turkey, put pressure on Azerbaijan, French friends will do something for Pashinyan. However, no one in the West is going to defend him. Maybe after the war, Armenia will understand it.

- Does Nikol Pashinyan expect help from NATO or the CSTO?

- He cannot wait for help from the CSTO. At the organization's Yerevan summit in October 2016, the CSTO partners clearly stated that their security guarantees apply to Armenia itself, but they have nothing to do with the so-called "Artsakh". The so-called "NKR" has nothing to do with the CSTO's sphere of responsibility; no one is going to fight for various adventures there.

This was one of the reasons for the turn of the Armenian policy to the West. After that, Armenia signed a (albeit curtailed) Association Agreement with the EU, which became an open challenge for the EAEU; Armenia expands partnership program with NATO; and then Pashinyan declares that the CSTO does little to meet the interests of Armenia and, in fact, is blocking this organization.

Pashinyan expects that Americans, French, Germans, and someone else will help him in gratitude for the anti-Russian position. These thoughts inspired him, but now he saw that Europe was not ready to defend him.

- If we go back to the accusations with which we started, why is the Armenian side voicing them today? Isn't it trying to disguise its goal of holding the occupied Azerbaijani territories in this way?

- I suspect that Yerevan is very little concerned with the problem of the civilian population. They are interested in winning the information war for public opinion in the EU countries. Their task is to show the countries of the European Union that Azerbaijan allegedly acts as a tough enemy in relation to the local population. It doesn't matter if this is so or not in reality. The main thing is that French, German, and ideally British newspapers should trumpet about it. If criticism is heard in the EU, an anti-Azerbaijani wave rises, then statements from Turkish President Erdogan Pashinyan will oppose statements from the French President, German Chancellor, British Prime Minister.

Then Pashinyan will be able to say that the OSCE Minsk Group has outlived its usefulness, Russia worked poorly, but if, instead of the Russian Federation, involve the same Germany as mediators, it will be more profitable. This is the goal of Pashinyan's strategy. That is, we are not talking about the problem of the population of Nagorno-Karabakh, but about how to win the information war within the EU.

- In your opinion, in case of successful de-occupation of the territories of Azerbaijan, what steps should Baku take to normalize life in the region?

- Firstly, it is important how much Baku de-occupies territories. Second, a comprehensive recovery plan will be needed. Third, we need official guarantees for the Armenian population of these territories. If this is done, then Baku will outplay Armenia, which is trying to push Azerbaijan against the EU, in the information field.